RE-TAKE STUDENT NOT PRECLUDED FROM GAINING PLACE AT OXFORD

With the University of Oxford promising a sea-change in admissions, local Cardiff girl Moli Harries, who won a full scholarship from her local state school to top of the league tables Cardiff Sixth Form College, proves that despite being dyspraxic and re-taking her first year of A Levels, that its ability and hard work that counts.

Top student Moli Harries (18) from Cardiff, who achieved A in History, A* in English Literature and A* in Economics today, has won a place to study History at Lincoln College, Oxford, despite re-taking her AS year.
Moli, who is also dyspraxic, started her A Levels at a local state school before winning a scholarship to study at leading A Level school, Cardiff Sixth Form College, where she re-started A Levels in History, English Literature and Economics. 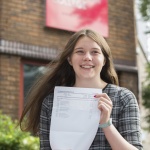 Said Moli: “At my previous school, I was struggling to finish the exams on time and felt we didn’t have enough time to go over technique and content as we were still finishing the syllabus at the end of the first year. I was disappointed in my first year grades and hadn’t been formally diagnosed with dyspraxia at this time and found conceptualisation and shapes particularly challenging under pressure. I knew Cardiff Sixth Form College had an excellent reputation and provided the extra support that I felt I needed. My parents and I talked it over and felt it was worth a go to apply and I was delighted that after my interview and taking my entrance exams, I was awarded a full scholarship.”

Moli felt nervous about changing schools and was concerned that a private school with international students might feel elitist. However, by contrast she was warmly welcomed by both the other pupils and staff and has made many friends from all around the world. “People here are very down to earth and I am so glad I took the plunge” she said. “I have friends from Hong Kong, Nigeria and Spain who are really driven and are aiming high. I have really enjoyed studying as it is far more socially acceptable amongst my peers here to work. For me, it has proved a much better working environment and I find it much easier to focus. I have a laptop for exams and extra time for my dyspraxia which has given me the ability to construct the diagrams I need and manage time more effectively.”
Moli, who started having Oxbridge ambitions a couple of years ago, was concerned that by re-taking a year Oxford would not be interested in offering her a place. However, with help from the careers team, she sought advice on how to go about applying, took critical thinking and debating classes which made a significant difference to her interview technique and construction of arguments, wrote an EPQ entitled The Probability of War and read many books around her subject. 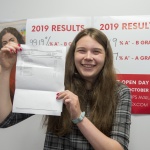 “Cardiff Sixth Form College runs a really useful UCAS course at the end of August where they bring in outside speakers and students who have studied similar subjects at university. I had my own tutor who had studied History at Oxford herself. She helped me with my personal statement, talked about the interview and gave me some top tips about Oxford which was really inspiring” she said. “In addition, the careers team had real faith in me and wanted to give me a chance to apply even though I had re-taken my first year. They were also really helpful in organising work experience and I had a really great placement at Glamorgan Archives where I learnt about preserving documents and helped catalogue old house records where many of the signatures were signed with only an X and there were a surprising number of people called John Smith! I actually examined Oliver Cromwell’s £5,000 funeral bill which was a real thrill and would be around £1m in today’s value.”

“I found the Open Day at Oxford really inspiring as it gave me the confidence to see myself at the College. Walking around and meeting other students made all the difference and I really liked the city. The tutorial system where you work closely with a Professor and one other student is excellent and for me having a wide variety of historical modules means that I can explore different periods and subjects in the first couple of years. I am thinking of a career in the Civil Service or in Law so I feel it would be a mistake for me to specialise too early.

Cardiff Sixth Form College Principal, Gareth Collier, is proud of what Moli has achieved: “Oxford University is sending a strong message that it remains competitive to gain a place but that should be about ability rather than background. Moli has achieved a huge amount; dealing with her dyspraxia, making the brave decision to re-start her A Levels and throwing herself into a new environment. She has worked extremely hard and has pushed herself to develop intellectually, running the Philosophy Club, taking part in debating and has even applied to work teaching English for summer school students. She thoroughly deserves her success and will give so much to Oxford.”