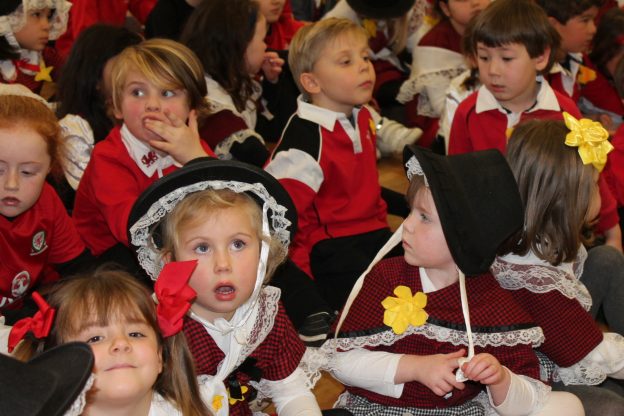 Thank you for visiting the WISC website. The Welsh Independent Schools Council acts as a consultative and advisory body for independent schools in Wales and became fully operational on 1st September 2004. On the 10th November 2010 WISC was incorporated. We want to help you find the information that you need. For parents there is a complete, searchable database of all our independent schools with links to the school websites (“Find a School” search).

What does WISC do?

• WISC is the official conduit for the Welsh Government and Estyn for the independent sector in Wales.  WISC promotes the interests of WISC schools in Wales to the political leadership, officials, the media and the public.

• Lobbies and negotiates with education officials on detailed policy issues.

• Advises member schools and their governing bodies on educational developments and on legislation affecting independent schools.

• Lobbies and negotiates with the Welsh Inspectorate of Education (Estyn), and the Care Inspectorate for Wales (CIW) that has responsibilities under proposed guidelines for pre- and after-school care , boarding pupils and holiday clubs. Heads, teachers and all staff working with children are subject to appropriate checks with relevant public and private bodies. WISC is now their point of contact for the independent sector in Wales.

• Monitors Welsh political developments, including those on the Welsh Language, and their impact on the independent sector, and alerts WISC members to emerging issues.

• Liaises with ISC and other national independent schools organizations on training for head teachers and their staff on topics that have a strong Welsh dimension.

• Acts as a channel for parents and the public to ISC information services.

• Provides information for parents, the general public, the media and other interested bodies

What Our Friends Say:

“WISC operates alongside the Independent Schools Council (ISC) to represent specific concerns for independent schools in Wales. The Welsh political scene and inspection regime is different from that across the rest of the UK so WISC provides support for Welsh independent schools tailored to their specific needs. WISC’s newsletters and conferences are very well received by members and WISC has developed close links into the Welsh Assembly, relevant Welsh Standing Bodies and Estyn in order to ensure that Welsh independent schools are properly represented.”

“We thorough enjoyed attended this conference and feel we have had a massive success from sponsoring. We, therefore, would love to sponsor the event in 2018 if possible.”

“I really enjoyed the WISC conference. I thought all the speakers were really good.”

“Congratulations Emma. It was a really enjoyable conference. Thank you so much for all the time and effort you put into making it such a success. “

“WISC does a great job supporting schools in Wales, not least with the Welsh government and by organising splendid training conferences. Welsh independent schools benefit greatly from membership of WISC. “

“Well done on an excellent conference, Emma – it was a pleasure to take part.

“was a real honour to be part of the WISC conference and to see what you have achieved. When I mentioned this in my speech there was much deserved and spontaneous recognition from those there.”

“I would be absolutely delighted to be the headline sponsor for 2018 and have put the dates in my diary. Well done you for putting together such a great conference. I can honestly say that WISC is the best group of people we have had the pleasure of working with. Thank you again for your warm and kind hospitality.”

“Thank you for an excellent conference and all the hard work you had clearly put into it beforehand. Super venue, inspirational and open speakers. Very well done indeed! Congratulations again on a terrific conference.”

“The conference was amazing as ever and I’ve come away with a head spinning with ideas, initiatives and information to absorb. Thank you so much for the effort, you manage to successfully bridge the differences between some quite varied establishments and make the group feel like a true family. I feel proud to be a part of it and especially since the invitation to join as a Director. I hope to be able to support WISC in any way possible, to continue in the direction you’ve clearly determined.”

“Emma, thanks so much for such a good conference, with so much of use to bring back to school.”

“Thanks for the conference. Excellent as always.”

“I heard it was a brilliant conference! Please put us down as being interested in exhibiting at the conference in 2018!”